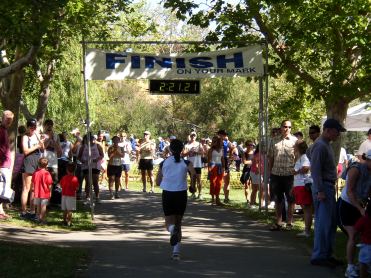 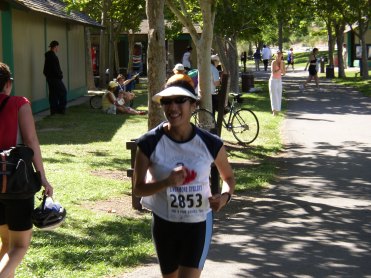 December is around the corner and this is the last stretch of your semester – you’re almost at the finish line! Finals are almost here! Then Life will be Great as you get some time off to chill and recharge those batteries mental plus did I mention Hawaii? Anyway, don’t get too discouraged or overwhelmed during this last part of the race and try not to slow down. Just keep putting one foot in front of the other and push forward.  Don’t focus on the time on the clock, just focus on doing your best to finish the race. If you got a small sprint left in you, go for it! If you feel like it was a long and tough race, then stick with the pace that has been working for you thus far.  It would be foolish to collapse just before crossing the finish line. While athletes are always challenging themselves, the real great ones know their own limits and push themselves incrementally so as not to injure themselves.

Remember this race you’re on is a temporary thing, just something you decided to do to challenge yourself. It will soon be over, but you will feel proud to have taken it on and seen it to the end. There are many runners in your race and some will be faster than you – that’s OK! Be proud that you decided to take on this very challenging race. You could have chosen a far easier degree at a much less competitive college. Let the faster runners go by, wish them well, being the fastest will not equate to being the most successful in life. The real prize is being happy in life. You may know the little woman in the photo above, one of the last runners to cross the finish line and yet look at that smile on that face. She took on the challenge and finished it and has always been really proud of herself for it. But you know what, I would still have been just as proud if she had not finished, but had simply tried her best. I was impressed just by the fact that she took on the challenge.