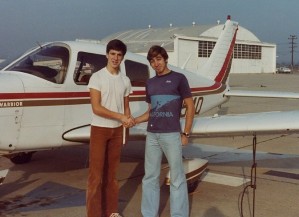 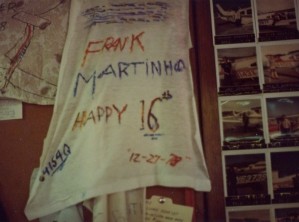 I was recently thinking about Uncle Frank; my much older and less good looking brother. Despite genetics not being too kind to him, I do admire his boldness. First, the courage to go out in public wearing those pants and second the goal he set for himself. Uncle Frank wanted to be able to solo (fly alone) a plane on his 16th birthday. He worked hard for it, nearly bankrupted his immigrant parents with flying lessons, but in the end, he did it and became a famous pilot … scratch that last part. The point is that we should all set goals for ourselves, they don’t need to make sense to others or maybe even be achievable, but they become a guiding light for us, they give us direction. It becomes the thing we should do when we have spare time instead of sitting on our butts, eating chips and binge watching Netflix … although there are moments in life where that is necessary too. So I say that life is great when you have a goal that you are passionate about!

P.S.  – my goal was to raise two great kids. I got great kids, don’t know how much longer the “raising” part will continue, but I think it is achievable?

One thought on “Do Something Bold … or at least plan to!”