Just when you thought you had things under control, it all changes on you! My life in Canada only lasted 18 months, then my father decided to move to Portugal. My mother and father owned a small grocery store in Canada that my Mom started and operated. My mother did not want to go back to Portugal, but my father was forcing the issue. She liked Canada, she had a business there and both her brother and sister had also moved from Portugal to live nearby us.

Under the guise that she needed extra time to close down the business, my mother convinced my Dad to move to Portugal ahead of her and to take us kids with him. She would join him about a year later.  He fell for it. She had hoped that he would realize that moving was a mistake and return to Canada before she sold the business. He did not! 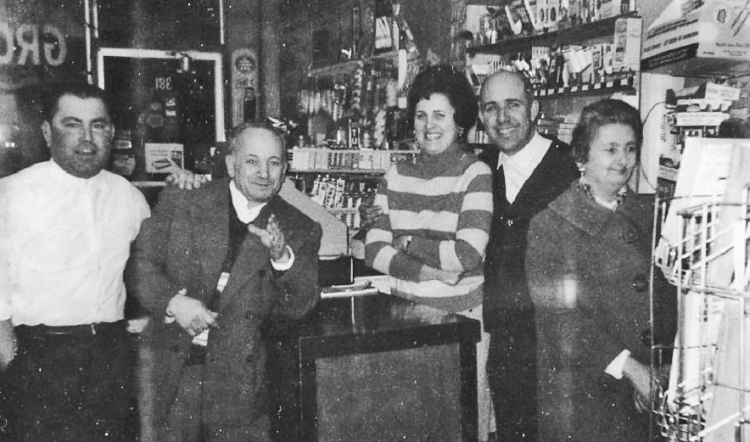 At the Store (from left) Uncle Joaquim, Mr. Borges, my Mom, my Dad, Mrs. Borges

Of course I don’t have any memories of Canada, but I do have many of Portugal.  While Canada was probably a little different than living in the United States, it was a much more similar experience than growing up in Portugal vs. the US. I’m probably a different person today due to the experiences in Portugal versus had I grown up in Canada, but I think that Portugal gave me a very different perspective, am opportunity to see life through a different lens and that makes Life Great.